April grey urges me to
wash my windows
clear the soot of winter.

Now the cleanish light shines in
highlights the dust and crumbs.

So, I vacuum
wash the floors

and while so inclined
disinfect the counter tops again.

So, why not
the toilet bowl as well? Again.

I even make my bed
throw laundry in the hamper
and shower to wash off
whatever I might have picked up.

Coffee break and see
the Spiral Lanes of stars
the Balloon of dust
the Horse Head, the Cat’s eye nebula
and the Pillars of Creation.

Oh my, what clear images of the quotidian
window light can show you.

Oh, what a telescope will make you think of
the multiverse, yourself, April showers

not so alone
so far apart. 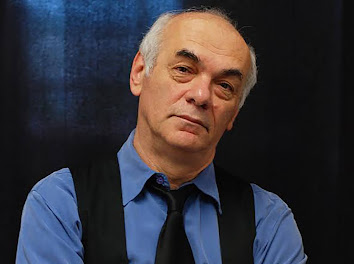 Endre Farkas was born in Hungary. He is a child of Holocaust survivors. His family escaped during the 1956 Hungarian uprising, and settled in Montreal. He has published two novels, eleven books of poetry and two plays. His work has been translated into French, Spanish, Italian, and Slovenian. He has read and performed widely in Canada, the United States, Latin America, and Europe, and has created performance pieces that have toured across the country and abroad.

He has also translated the poetry of Bari Karoly.

His book How To was nominated for the AM Klein poetry award in 1983.  He is the two-time winner of the CBC radio Poetry “Face Off” Competition.

His collaborative book and video poem Blood is Blood was the winner of Zebra’s International Poetry Film Festival (Berlin) 2012.

His two novels Never, Again and Home Game were published by Signature Editions in 2016 & 2019 respectively. Home Game was shortlisted for the Mavis Gallant for Fiction.