The fish are on the boards now,
ready to be cut up,
imprinted and shaped
onto plates.
We bend over the scales and take the flesh

to our mouths,
separating out the bones,
the parts we don’t need with our teeth.

Learning to prepare things
for ourselves. 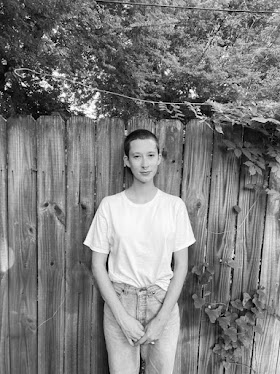 Kōan Brink [photo credit: Ryan Paradiso] was born and raised in Minnesota. They are a poet, lay ordained Zen student, bookmaker and teacher. Brink is the author of a poetry chapbook, The End of Lake Superior (above/ground, 2021) and a forthcoming artist's book, What Sleeps under Lacquer (NECK Press). They currently live in Austin, Texas, where they are on the faculty of the Austin Waldorf School. 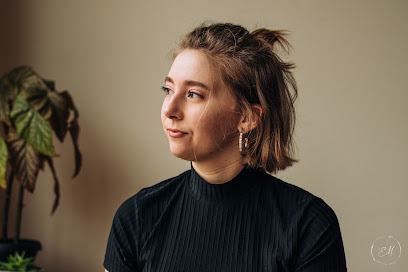 Clare Thiessen resides in Vernon, British Columbia where she writes, creates, and explores. She is the operator of broke press, a small chapbook and zine press. Clare is a wannabe film photographer, passionate zinester, and multi-media mess-making extraordinaire.

Tombed within, who knew
we’d find a rusty filleting knife,
a kettle half full of sticks, rags,
that photo of a homesteader
in a bent willow rocking chair.
That man was each of our dads,
a pipe and pouch in his hands,
his smashed cowboy hat aslant
long scraggly grey hair, and eyes
shining deep as pulverized glass.

Who would accuse another
of accepting a Crown job after
seeing the weariness in his face?
We will forever feel alone
in the wilds of Manitoba, where
suburbs are rural municipal
cul-de-sacs, wetlands are bogs,
grasslands are woodlands halved
with access roads, limestone

quarries are airport fences
with deer trapped behind
as dry as paper bags, grain silos
are NORAD Defense, pale beaches
are whitecaps, a dirt bike track
is an abandoned rail baron’s dream,
to a falling sodden cabin,
in the centre, somewhere,
amid ceded Metis land. 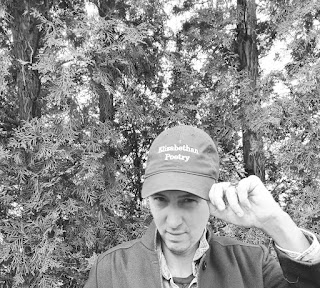 Jay Stafinak: a half-breed, Sixties-Scooped, bastard poet wandering through Winnipeg's Crown, Seven Oaks, the surging homeland of the mighty Red River Metis. His book, Night Became Years, was nominated for the Governor General Award, the Gerald Lampert Memorial Award, the Eileen McTavish Sykes Award, and the Carol Shields Winnipeg Book Award. He is the Recipient of the 2015 Bliss Carmen Award for Poetry. Recently one of his poems was published - as a Baconian Cypher - for Brock University's Small Walker Press. He writes poems and helps raise his three daughters while studying medicines throughout the bushes of Pilot Mound. Every day he raises his glass in memory of Steven Heighton.