I read through my journals, 2010 to 2011. In summary: many lists; I get caught up in petty disputes; do not know what I in fact am, since the “knowing” I desire is something like “real being.” Must think more softly, in the face of modernism.

Someone traffics in her youth.

I get (i.e., comprehend) “the conceptual”; yet, what I desire most is the writing of a great contemporary philosopher.

Christine on literary realism: This is when coincidence and personal connections (interrelatedness) drive a story (are a story?), i.e., “It turns out that everyone actually knows one another”; “So-and-so turns out to actually be related to another person, instead of just present in or at the same place and time.”

At the end of her unfinished novel, a strange art object appears:

On a folding table buckling under great weight sat a cube-shaped structure of 4’x4’x4’. It was constructed from dark wood, the exterior worked with carvings of figures in relief: a parade of animals. Each animal imitated, to the best of its abilities, the carriage of a human, starting with the cat, who balanced a stick at the end of her nose, upon which stick balanced a lemon. Behind followed a goose, behind the goose a spaniel, behind the spaniel a sheep, behind the sheep a monkey, a goat, a wolf, a cow, a horse, a bear. The wolf was playing a clarinet or long pipe, and thus the other animals all appeared to be in the midst of a dance, each kicking out one curly-haired paw or hoof in a kind of coordinated ecstasy. They processed along a hillside that overlooked an ocean. Clouds hung from the rear wall of the carving and in the distance sat a mountainous island with a pair of brick fortresses atop it; a cliffy peninsula, with breakers foaming at its base. This vertiginous mass returned the eye to the mainland of the foreground, where at the center of a plain sat a series of columned arches, betokening a single-storied hall. From the keystone at the center of each arch there hung a ribbon tied in an elaborate knot, and from this ribbon hung a bunch of myrtle, along with the symbol of some trade or craft; one saw a pair of crossed keys, a ship’s anchor, a scythe, an hourglass, a drawing compass, a beehive, a spade, a bridle, an anvil, a lyre, a harpoon, a scale, an ear of wheat, a whip, a hammer, a rifle. In a field beyond this hall, littered with curving wildflowers, there ran a pack of hounds, and these hounds were joined by two male figures on horseback, one of whom held both his hands to his mouth as if to amplify a voice, and all ran in pursuit of a stag, who leapt over a stile before a thick woods, in the narrow young trees of which perched a round-eyed owl and a pair of spotted pheasants. In a clearing stood three more stags; at the right and left these animals leapt in profile and at center the third stag stood on a pile of rocks; shoots of leaves sprung from the ground beneath his hooves. Fruit trees, apple and pear, grew in an orchard beyond this scene, and then came vast expanses of cultivated land, lines of tilling like grooves left by the teeth of a comb. A clear stream reflected in its surface the small bodies of a passing flock of sparrows; and a group of rabbits, basking in the grass alongside these waters were overseen by a boy with a switch in one hand and a ball in another, who wore upon his head a strange brimless hat. The sky was shot with veering doves. On one long, rocky slope, were a series of ancient crosses, each of which was bowed with age and from which tresses of parasitic plants dangled. A hermit in a peaked hood picked his way among these grim reminders of human law and folly. Before the hermit jogged a horse. Below the man and animal one saw a valley. Within this valley sat the ruins of a brick villa with a domed roof. Giant flowers, rose and geranium, grew from vases, and on the front of each vase was the face of a bearded sea sprite or almond-eyed dryad. A spring arranged itself into a natural fountain just beyond this architecture. Water shot in curling symmetrical jets…

I discover that writing, as a profession, is about putting oneself into a constrained position, from which there are limited means of escape. The undertaking is not about the words themselves or even some technical skill distinct from survival. One must possess only the ability to tolerate a given position long enough to make it intelligible to others.

When I was 13 I swore to myself that I would become a novelist.

I have always wished to recover from a certain amnesia. It is not exactly my own (does not represent a “loss” in my “personality”), nor is it the same thing as forgetting.

I wanted to write the story of a metamorphosis. The story is at least partly based on a dream I recall from the diary of another writer. In the dream, which may not be a dream but simply a vision the writer has while seated at his desk, an image of a white horse appears on the wall. It is a white horse that haunts the writer’s mind. The white horse has escaped its traces somewhere on an urban street. It is moving toward the suburbs with an eye to the countryside. It is successful in this movement because it progresses without hurry. It does not gallop. It moves along the street with the gait of a horse that drags a heavy cart behind it. The horse moves successfully toward its liberation since it does not appear to be a fugitive. My heart beats more quickly when I think about this story, which I have almost certainly partially invented. The horse hides its fear of slaughter. It plays a game.

Irony is a kind of secrecy. It is a principle of groups.

A dream: A night goes on for years, and one must make use of public transportation to cross it. Also: the discomfort of day breaking, though perhaps over the course of months, and the fatigue one feels in this brightness, thoughts one can barely bring oneself to associate with light.

When I was young or fairly young, I only remember being unable to stop committing errors.

America is a way of doing things.

Make an illogical jump—dissociation—but, then, imperceptibly—so, quickly—return to render it logical before anyone has seen. In this sense, you may seem to improve on reason.

I wanted to be present for myself. I would say, “to.” But that is not the right word.

Travel is an aid to memory.

When, in your book, are you going to get around to talking about the things that are, a., not permitted and, b., will therefore never happen?

(An anachronistic democratic gaze, apparently forgotten since the 1930s.)

Irigaray: “Their properties are our exile.”

Is it possible we somehow die for a time, a year, a month, a day, without realizing this—then awake to find ourselves, which is to say “someone,” present again, attentive, expectant, apologetic, even?

America as zone of enforced undifferentiation.

Description is just a series of tricks about recognition?

The present as a time we visit.

A is denial. B is self-preservation.

I do not know for how long any of the characters in this book can persist as characters.

Lucy Ives is the author of four books of poetry and prose, including The Worldkillers (SplitLevel Texts, 2014). Editor of Triple Canopy (www.canopycanopycanopy.com), she teaches in the Writing Program at the Pratt Institute in Brooklyn. 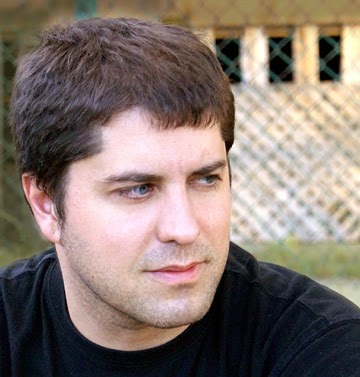 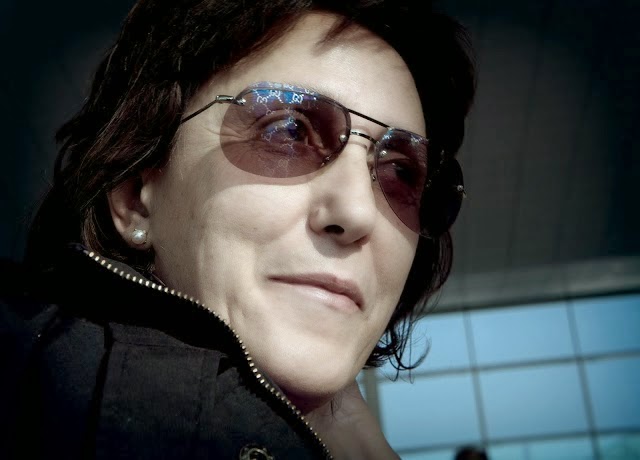