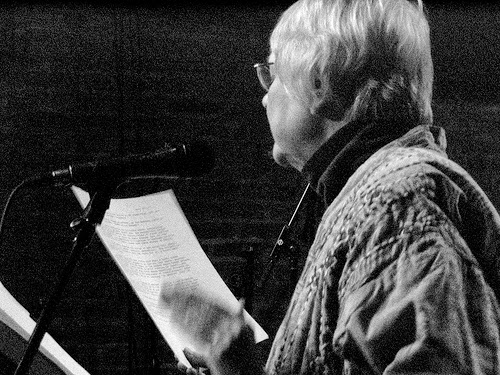 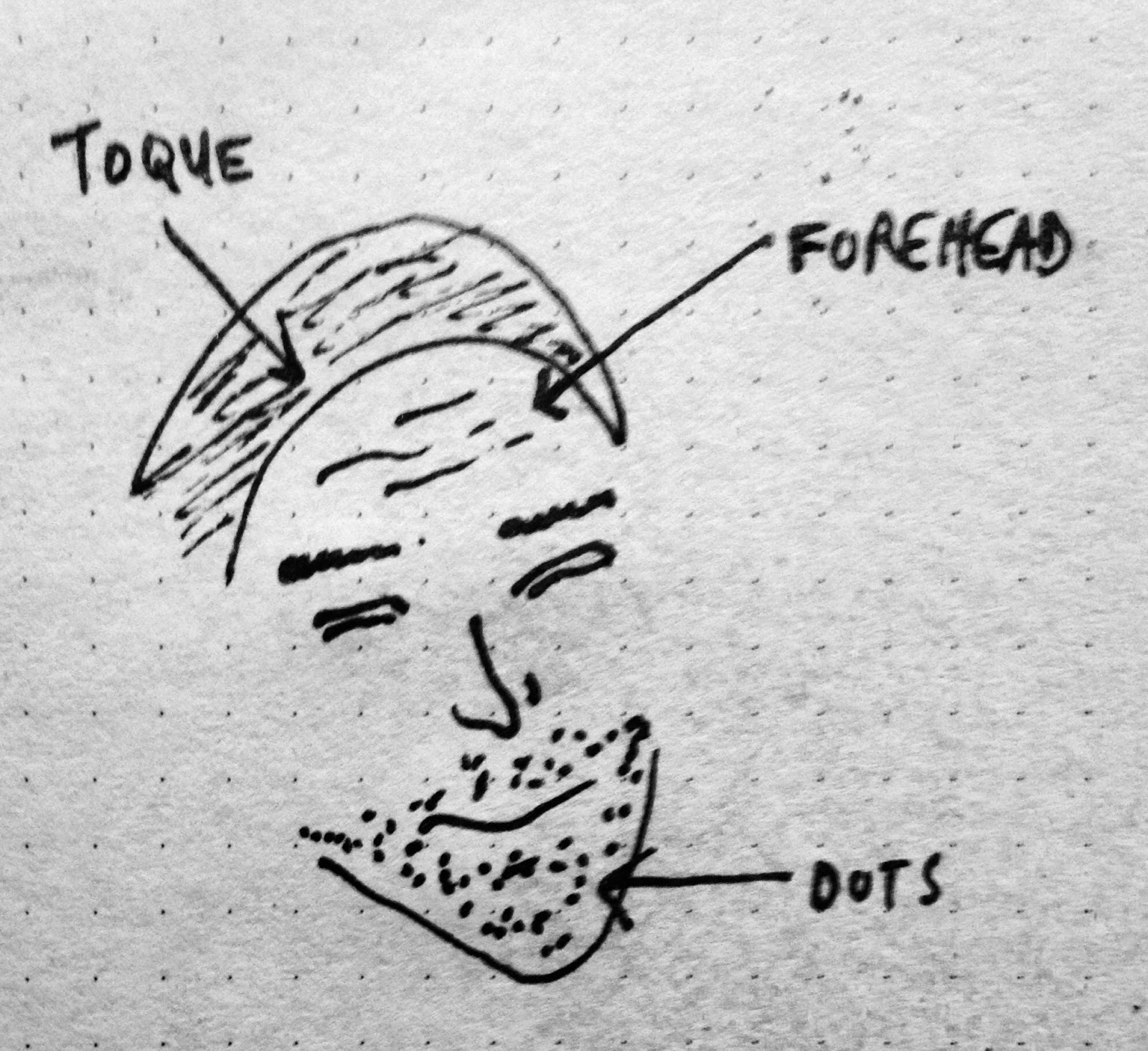 
A blue afternoon
and the gulls
patrol. No fish-heads
or dumpster grub
here, yet they angle
and circle, stirring
the firmament,
ready as angels
to salvage. Beneath,
forklifts and cranes
travail, and a giant claw
stacks wrecks
in polychrome
layers. Like mattresses
in a futurist
fairytale, piled high
for the shallow
sleep of automatons,
a strata in which one
white feather
––shrewdly inserted––
might awaken something
or someone. 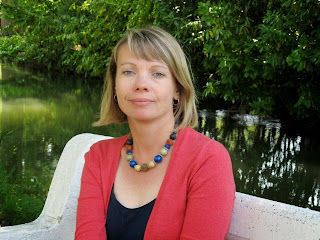 Jenny Haysom lives with her family in Old Ottawa South. In 2011, her poem "Minnowing" won the Diana Brebner award, and in 2013 her work was long-listed for both the CBC and Gwendolyn MacEwen poetry prizes. Her writing has been published in a variety of periodicals, and she is currently the prose editor for Arc Poetry Magazine. 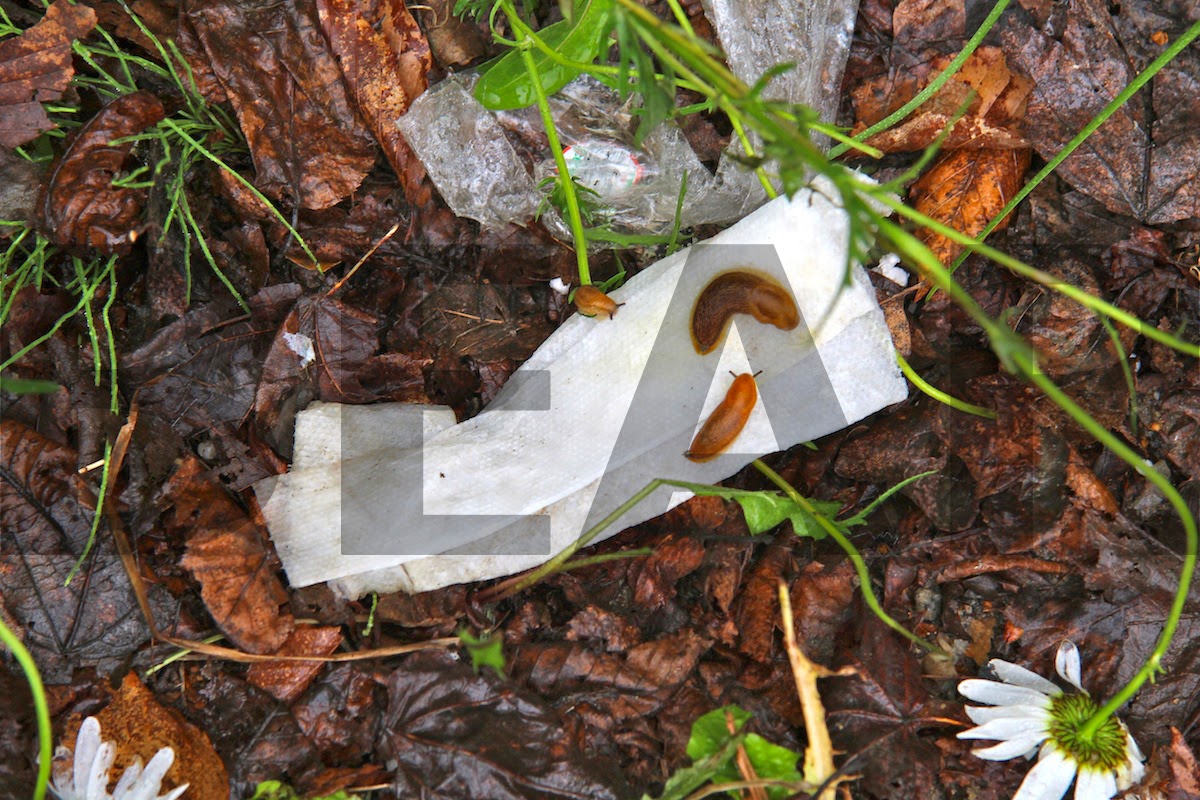 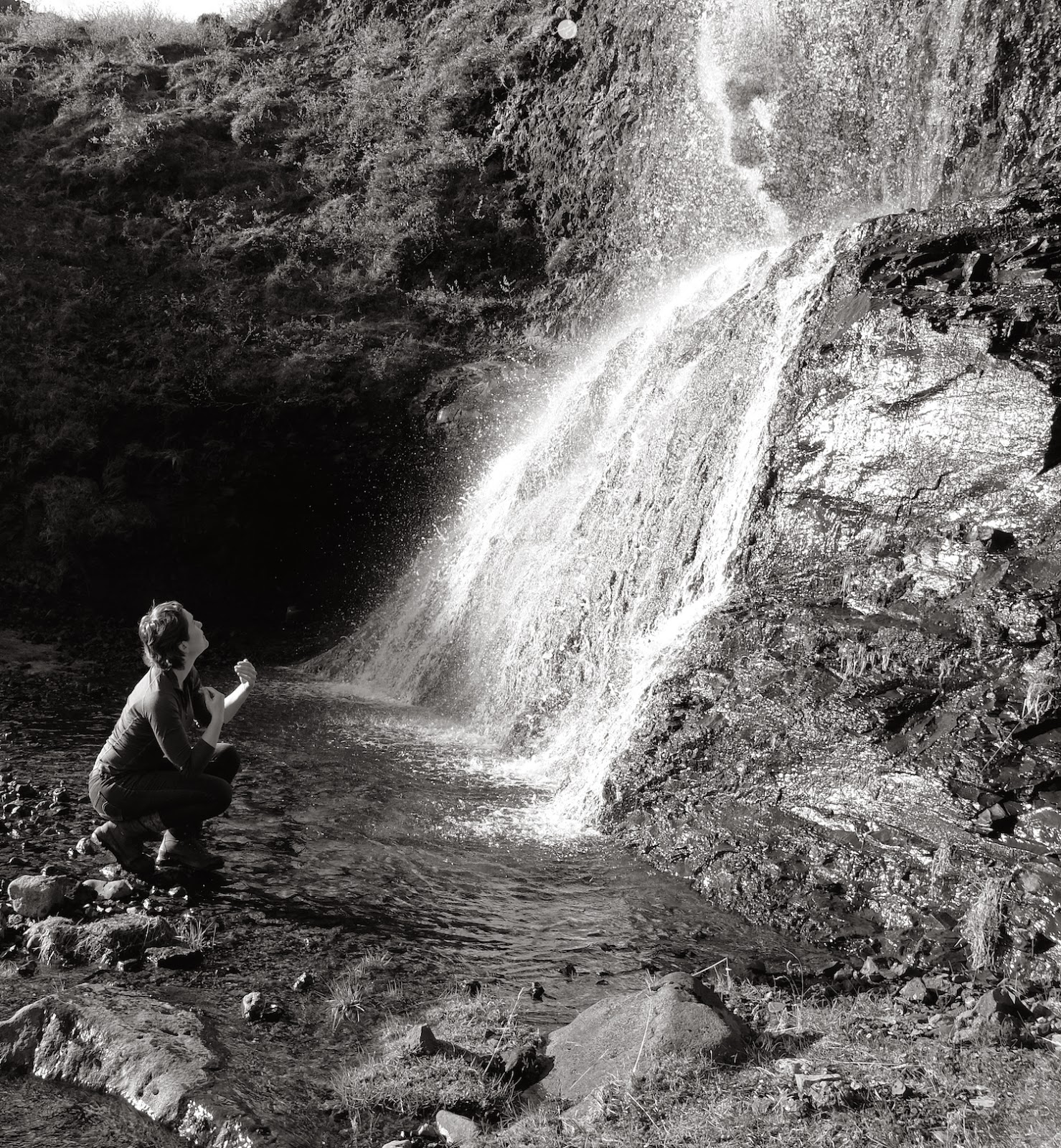 a rawlings [photo credit: Matt Ceolin] is a writer and interdisciplinary artist specializing in acoustic ecology, vocal improvisation, and ecopoetics. She has collaborated with numerous international artists and organizations, including Maja Jantar, the Logos Foundation, and Valgeir Sigurðsson. rawlings' poetry publications include Wide slumber for lepidopterists (Coach House Books, 2006) and Gibber (a digital publication, 2012). Her libretti include Bodiless (for composer Gabrielle Herbst, 2014) and Longitude (for composer Davíð Brynjar Franzson, 2014). In 2013, her work Áfall / Trauma was shortlisted for the Leslie Scalapino Award for Innovative Women Playwrights. rawlings holds a BA in Creative Writing from York University, where she received the bpNichol Award for Distinction in Writing. She also holds an MS in Environmental Ethics and Natural Resource Management from the University of Iceland. She resides in Reykjavík.