your mouth a red balloon plague    a strange flower
Frozen baroque, we make ice our incantation dressing room powder-nosed
Slip of a fake silk dress, cardboard soles
Sore bitten legs, you are an ice rose-covered creature
Your sewn-on faux gemstones clatter against berlin
If the world was ragweed he says

Tornado, torpedo zeppelin
Its mouth the shape of the hair forsaken
On the altar where the dog’s throat went boom
His chin a sugar
Twisted maple, railroads at night
Being a blank is inconvenient
He sold his arm for cough syrup and a magnifying glass
Back broken on the splay 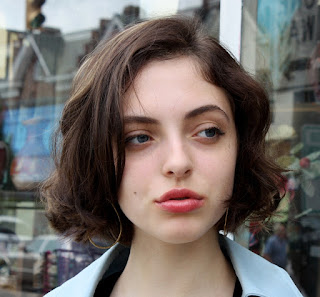 Brynne Rebele-Henry’s poetry, fiction, and visual art have appeared in such journals as The Volta, Revolver, Souvenir, Pine Hills Review, Open House, Powder Keg, So to Speak, Ping Pong, The Offending Adam and other magazines, and her work is forthcoming in Adroit, Denver Quarterly, and Prairie Schooner among other publications.

The storm moves overhead, a crack of lightning
cooks the night like a black piece of meat.

A humbling darkness and rain slaps at the peak
of a small plywood boathouse at midnight,

clattering the panes in a dizzying nocturnal breach
of sound that rattles me in the dark. A flash

ignites the porcelain pieces in my spine, and I am
whorled like a silver spark in the darkened air

ungodly before my own eyes. My vision is brief
like a shriek; an unexpected sight that fills me with awe.

brief and certain as a char. 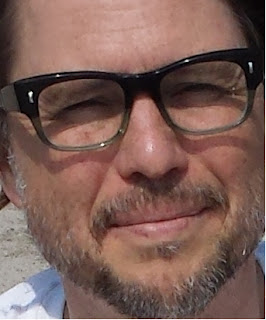 Michael Lithgow's essays and poetry have appeared in academic and literary publications including the American Communication Journal, ARC, Contemporary Verse 2, The New Quarterly and The Fiddlehead. His first collection of poetry, Waking in the Tree House, was published by Cormorant Books in 2012, and shortlisted for the Quebec Writers Federation First Book Award. Work from this collection was included in the 2012 Best Canadian Poetry in English (Tightrope Books). He recently relocated from Gatineau, QC to Edmonton AB where he is an Assistant Professor of Communication Studies, in the Faculty of Humanities and Social Sciences, at Athabasca University.


So watch me closely through the narrow

On the state of carnival debris: when I walk

with you hand in hand and peel apart. Eager

to wed you with charred lace snagged

against brick and spew flower.

I saw that the sun was awry and then it was

purple and smoke. I saw the days of you

in the sick of a chewed palm thrust through drywall.

When I am on the surgical table waiting to be cut

then threaded, I want to remember the color of my blood.

This cake means you chose me. Why we have each guest

bring flour and chardonnay—to bake and to hope.

I hope you will hold tarp over me while the earth

topples over. I will build you a tall house

on elastic stilts and teach us to overcome vertigo.

When injury becomes extinct, this is how

we know death repeats itself. We line

our boxes with silk, make ourselves comfortable.

Fall into all kinds of disaster bliss. 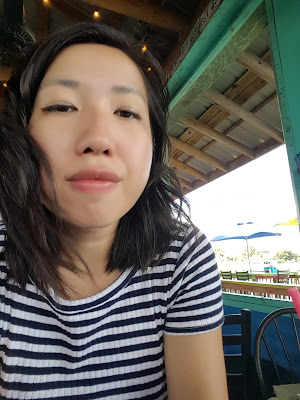 Muriel Leung is from Queens, NY. Her writing can be found or is forthcoming in The Collagist, Fairy Tale Review, Ghost Proposal, Jellyfish Magazine, inter|rupture, and others. She is a recipient of a Kundiman fellowship and is a regular contributor to The Blood-Jet Writing Hour poetry podcast. She is also a poetry reader for Apogee Journal. Currently, she is an MFA candidate in creative writing at Louisiana State University. Her first book Bone Confetti is forthcoming from Noemi Press in October 2016. Please visit her at www.murielleung.com.


Look at her in those blue jeans, watch
her long legs walking up that gentle slope––
that’s time passing by. F.R. Scott used to do that,
I know him now, though he stood stiff, his
posture learned during a previous ka-chíng!
of centuries, back when bookshelves looked
less like boards.
I was recently offered a “global
coffee,” and timidly turned the offer away; wit,
I understand, is not ancient, nor does it abide with
children; wit is not convenient, it is nearly always
an unfamiliar visitor who plays with you
a second or two. You never want to wear
brown clothes, you want to stop time to
speed it up. Up that gentle slope where my Uncle
Red is taking a breather, he and his horn-rimmed
cigarette holder. Uncle Red’s dog hated my dog, but they
rimed, killer terriers who never reviewed a book.
Say a book by F.R. Scott, born in 1899, lived with
one eye, bit a cigarette holder, knew more about time
than you’ll ever know.

George Bowering's [pictured with Ivy Zhang, the girl who saved his life] most recent book of poems is The World, I Guess (2015) from New Star Books. In spring his hockey book, The Hockey Scribbler, appeared from ECW. In Fall 2016 his book about becoming a father, co-authored by Charles Demers, will be published by Arsenal Pulp. We don't have a title yet, and Charles did not go for my suggestion, George, the Book.