We think we saw it—you were in the waves,
your torso pressed to the board, letting go
as they formed, their underbellies unrolling
from the glint of post-dusk sky to frosted glass,
bits of froth casting fish phantoms over the ocean floor.
After a brief dip, I never left the towel,
the tan pages of a library book sticking
to my fingers.

You yelled out from the water, pointing—
like any other gull, ordinary, its calls
swallowed by the distance, remarkable
only for its size. We second-guessed;
the binoculars still under the passenger seat
of your car, no nomenclature
ready for our lips. We tried later
in the bookstore, heads bent
over the species guide
unfolded like a take-out menu
in our hands—the bird at once
singular and improbable
because of how clearly it appeared to us. 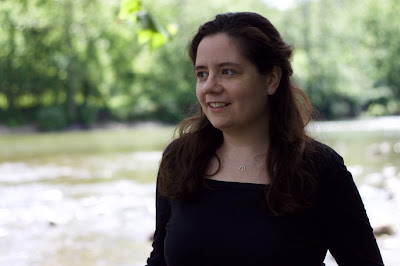 Annick MacAskill is the author of No Meeting Without Body (Gaspereau Press, 2018). Her poems have appeared in publications including the Literary Review of Canada, Grain, Prism, Versal, Room, and The Fiddlehead. Other writing has been longlisted for the CBC Canada Writes Poetry Prize, longlisted for The Fiddlehead's Ralph Gustafson Poetry Prize, and nominated for a Pushcart Prize. Originally from Ontario, she currently lives and write in Halifax.

Tuesday poem #277 : beni xiao : MODERN ART: a twitter poem & ode to pasta (disclaimer: drinking in public is illegal! And i do not condone it!!!) 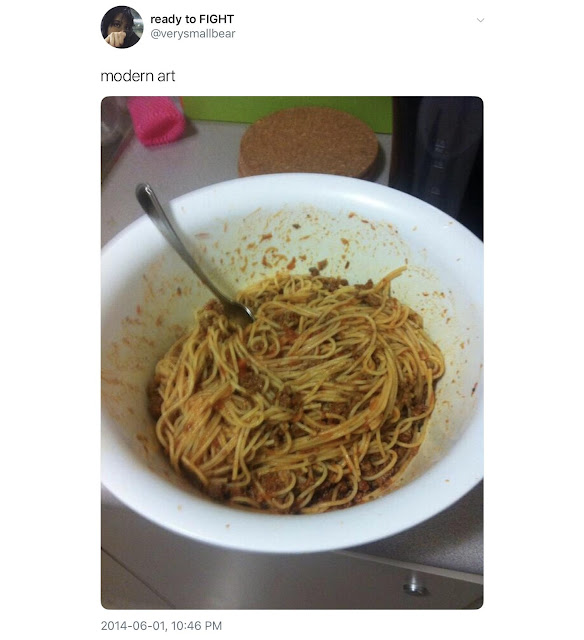 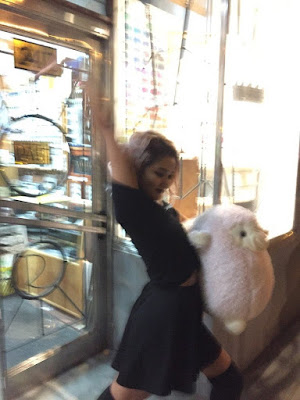 beni xiao is 22 and chronically ill. they have a capricorn moon and rising so u will never see them emote a single emotion. their chapbook bad egg was published by rahilas ghost press in 2017. u can find them online @verysmallbear.

John ran hard through the door and busted it open.
The bulb was easy to smash with his little hands.
Icarus on Tuesday or the Lord himself come for breakfast.
Bacon, eggs. The smell of wool and aftershave.
Eighteen feet of bailing twine. Plot
Measurements for caskets; for seed beds;
And the devil with it all. The name
Of David. Jump. 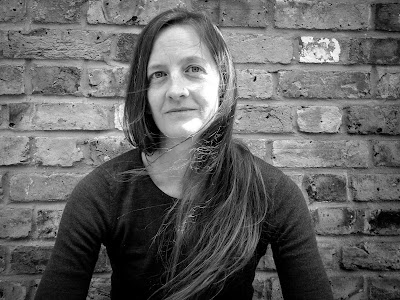 Laressa Dickey [photo credit: Dina Debbas] is a writer based in Berlin. She’s the author of several chapbooks including A Piece of Information About His Invisibility (MIEL) as well as three poetry books: Bottomland, ROAM and Twang.


I clock in at 9
To count and recount

Beginning to see
Where I am

A crab apple tree
Was here

I measure what remains
By the new grass

Alive in the circumference
Where bows once wept

How I love
A ruin

How we lie
end to end 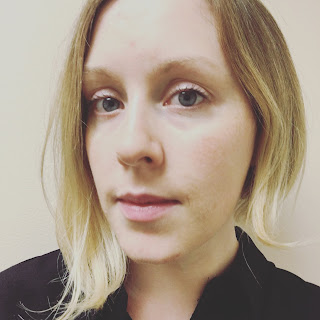 Beth Ayer is a poet and editor. You can read her poems in Apartment Poetry, Divine Magnet, Jubilat, Ocean State Review, and Sixth Finch. She lives in Easthampton, MA. Her debut chapbook, LIMPING TO THE BIG BAD, is out soon with above/ground press.