*to be pronounced as in ravenous 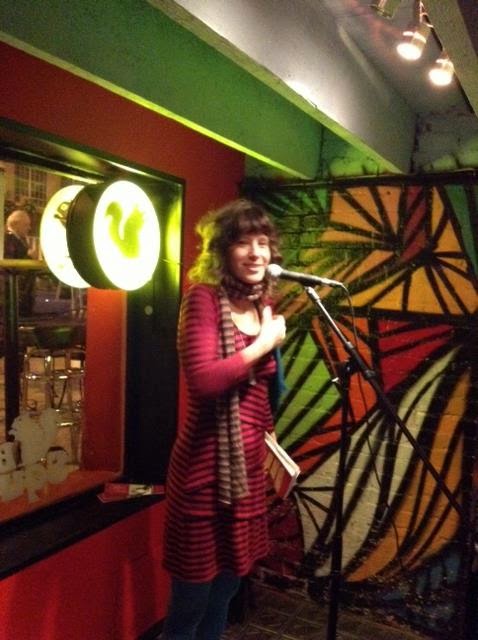 you know there must be sound
when you rub your thumb and finger but
it’s like the sound a germ makes.
Microscopic. that’s the kind of scrap
we’re piecing into our days: loosed ribbon
of the present tense, household debris, radio
programs you saved to listen with me, secret
circuit of our small, warm animal.

I’d like to examine you, tend the red penny
on your cheek: splatter burn from the night
we fried plantains. I guess I’m the cared-for
canary, I’ll sing out when there’s no more
air--that’s my one job.  But I’d like to
carry you up the stairs, draw you a scented
bath. Feed you persimmons, tea, a slice of bread.
Your eyes slant down when you wrap my foot
in gauze.  It’s easy, you say, but you look
away. Not from my wounds, but from me.

Folded inside the word is the wood.  Tree totems, patch of earth, bird sound. Nothing is quieter than a wild place in our chests. The word for “air” in an avian language. The fir needle’s fresher wick pulling blood to the surface of the hour. Our betrayers grown into the scenery, taut against the skin.  Some tithe with grasses, the pinecones piling up like drifts of dry snow.  Some swim in the colder water, falling on rocks, picking reeds apart. Redwoods ring and gnats swarm and the deep lakes go dark.  We’ll all come to concluding phrases, full of river-washed stones, full of soft moss.  Forever bound to our bodies. Which falter, which spring up fern-laden groves, which flower and fail.

You creep through the air, a voice calling my name
in this dimmer winter where keels freeze to swells
I was lost in the delicacy of your warning, at sea.

Held myself against the roll of your tongue,
the door open like a mouth and the air falling
through more air, a hole in the light—

You carry each pinprick of rain and lay
me in fragments on the counterpane,
you circle the room, a quieting crow.

The window slices absence into segments
the door slaps the side of the house
and I’m ankle deep in clouds.

The Woman in White

Hung a piece of white flag from the shoulder.  Clump of grass sprung under a pointed boot, creamy and spattered with wet road.  The white white ankle, the bandaged knee. You kissed the letters of a tomb.  Error in a cloudy language, a red warning someone wrote across the sky, folded into a pocket square, left fluttering in a splintered post.  There was a light rain in a churchyard. The moon a blue smudge on a soft black cloth.  Locked away they grow wild and anxious.  At the crossroads, a long story, half-told. She was a tall woman dressed like a little girl.  Some say patient, some ghost.  Landscape that refuses to forget. 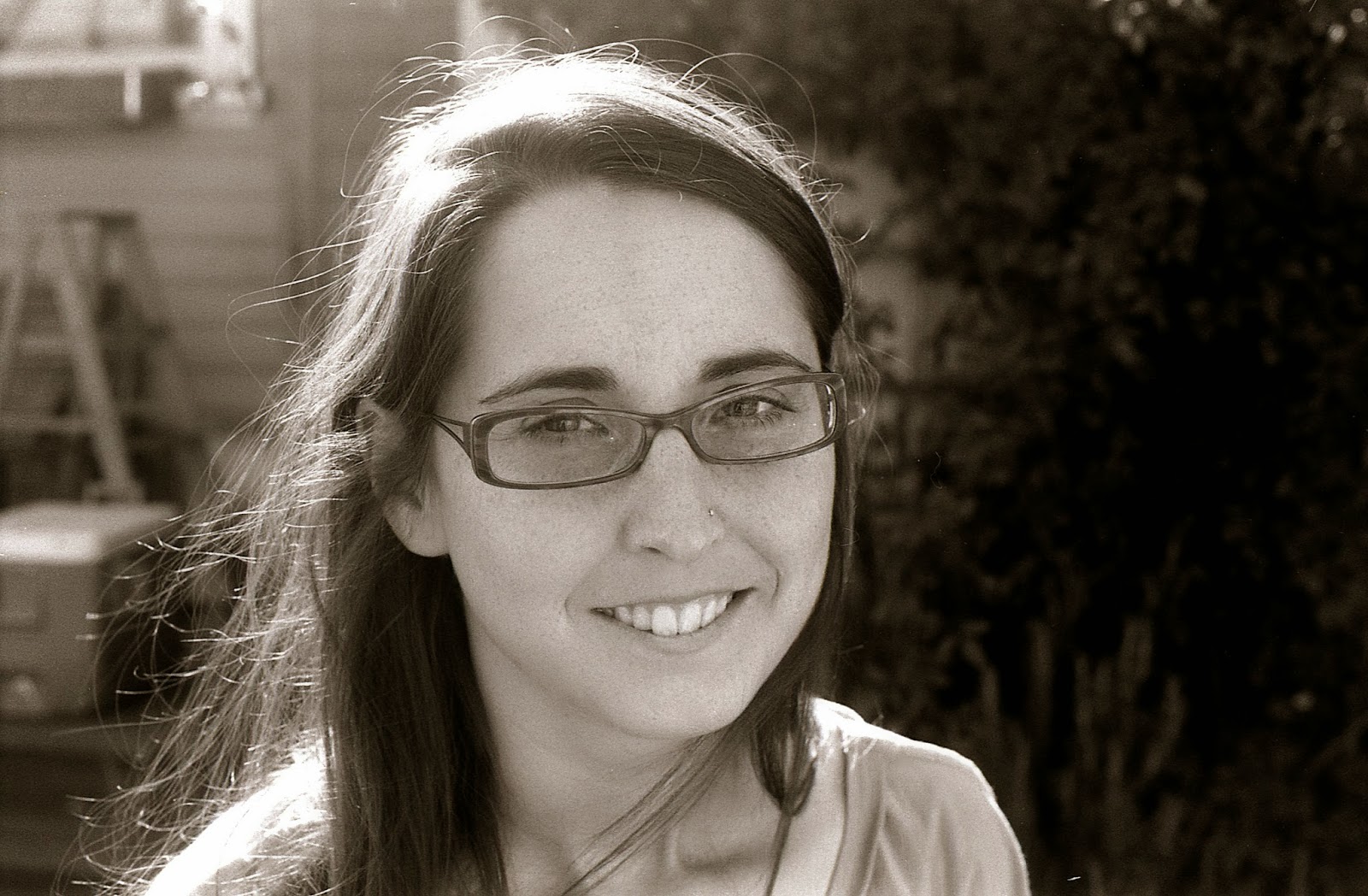 Hillary Gravendyk (March 1, 1979 - May 10, 2014) was an Assistant Professor of English at Pomona College, where she taught American poetry. Her poetry has most recently appeared in Lana Turner, Sugar House Review, and Like Starlings. She was the author of Harm (Omnidawn, 2012) and The Naturalist (Achiote, 2008).  She received fellowships from Vermont Studio Center and the Community of Writers at Squaw Valley, and was working on a manuscript tentatively titled Understory. She lived in the Southland.

Tuesday poem #67 : nikki reimer : I guess it’s time to sign up for Netflix

we want steffy to return to wreck
liam and hope’s wedding will hope hook up with wyatt?

i recommend not messing with the structure
don’t point that thing at me:
i’m a social media officer

i’m a social media officer
don’t point that thing at me:

ridge just came back from paris
liam and hope’s wedding will hope hook up with wyatt?

we want steffy to return to wreck
under that horse poem, another horse poem

under the horse poem, a horse poem
disengender john (bootstraps to fender) 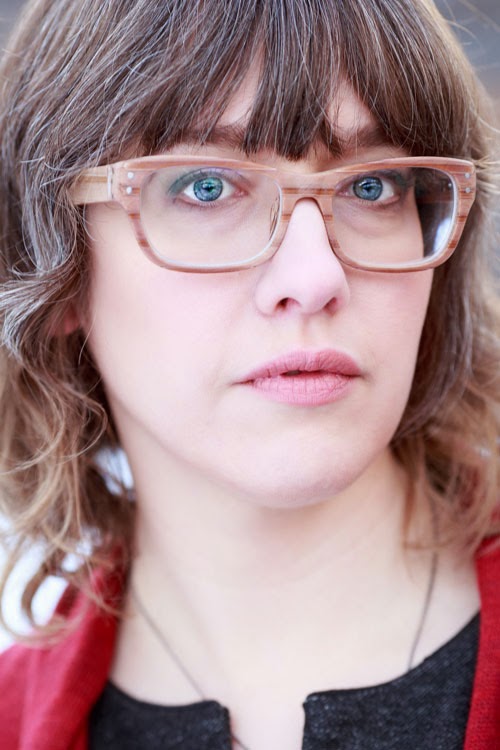 Nikki Reimer’s first book of poetry, [sic] (Frontenac House 2010), was shortlisted for the Gerald Lampert Memorial Award. She has published three chapbooks: that stays news (Nomados Press 2011), haute action material (Heavy Industries 2011) and fist things first (Wrinkle Press 2009). A second book, DOWNVERSE, will be out from Talonbooks in 2014. Poetry, artwork, and criticism have appeared in various places, online and off. Reimer is emotionally situated in Calgary and Vancouver. She is a founding director of the Chris Reimer Legacy Fund Society (christopherjohnjosephreimer.com/).  Visit reimerwrites.com. 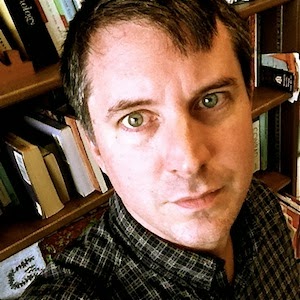 William Allegrezza edits the e-zine Moria and teaches at Indiana University Northwest. He has previously published many poetry books, including In the Weaver's Valley, Ladders in July, Fragile Replacements, Collective Instant, Aquinas and the Mississippi (with Garin Cycholl), Covering Over, and Densities, Apparitions; three anthologies, The City Visible: Chicago Poetry for the New Century, The Alteration of Silence: Recent Chilean Poetry, and La Alteración del Silencio: Poesía Norteamericana Reciente; seven chapbooks, including Sonoluminescence (co-written with Simone Muench) and Filament Sense (Ypolita Press); and many poetry reviews, articles, and poems. He founded and curated series A, a reading series in Chicago, from 2006-2010. In addition, he occasionally posts his thoughts at P-Ramblings.