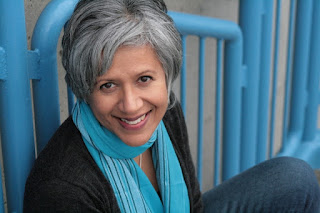 Tuesday poem #155 : Michael Sikkema : from You’ve Got a Pretty Hellmouth

a lash. The sorcerer though
put a story in my head where

one owl carried my eye to
a beehive, one carried my

following turn out
to be our own 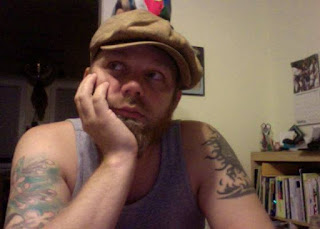 Michael Sikkema has worked in factories, YMCA camps, and landscaping. He is the author of three books of poetry, most recently May Apple Deep from Trembling Pillow Press. He is also the author of several chapbooks and collaborative chapbooks, most recently Time Missing, an exploration of alien abduction and pioneer captivity narratives, available from Grey Book Press. He enjoys correspondence at michael.sikkema@gmail.com 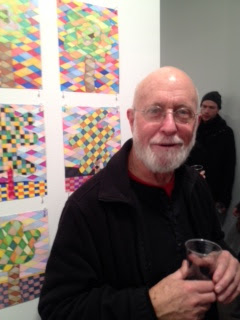 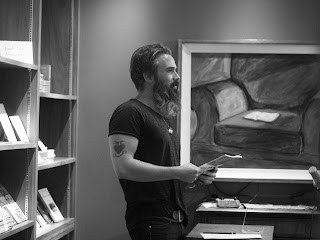 
I peek out my witch window
a double hung sash, the sheet
of glass placed diagonally
on the second-storey gable wall.

My siding’s sideways glance
stops the witch’s broom flying thru
when bodies banished from Salem
Massachusetts begin to move.

With no coffin corner, my corridor
too narrow to pass, I took a king
size box and cut the springs in two.
I close the curtains tight and recite

the lord’s prayer on my knees.
Now I’ve gone from counting sheep
to catching z’s in a dead sleep,
air at night cold as my witchy teat. 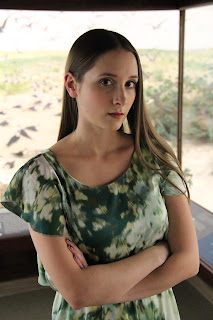 Cassidy McFadzean is the author of Hacker Packer (McClelland & Stewart, 2015). Her poems have appeared in magazines across Canada with new work in Carousel, Prelude, and The Walrus. She is a graduate of the Iowa Writers’ Workshop, and currently lives in Regina where she is a sessional lecturer at Luther College.