plucked a stem
right out with bare hands

(Just the leaves wilt in boiling water.)
& noticed
a plant in similar
decay

Two things with no energy to spare
the dead 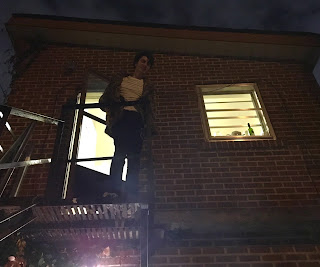 Michael Cavuto is a poet recently moved back to Philadelphia from Toronto, and is a founding member of the pure sound collective Sex Panic! With Dale Smith and Hoa Nguyen he edits the Slow Poetry in America Newsletter. 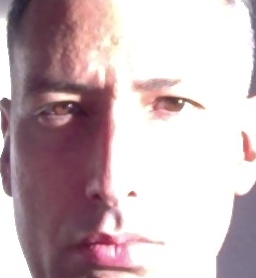 Farid Matuk is the author of This Isa Nice Neighborhood (Letter Machine Editions) and My Daughter La Chola (Ahsahta Press).

Tuesday poem #176 : Montana Ray : Oulipoing the fuck out of your e-mail to the class listserv


It seems as if the, for lack of a better word, good kids, those who don't
need to be beaten with a large long-handled spoon or The Norton
Anthology of English Literature, are penalized, while those who should
be attendants in a hotel performing services such as carrying guests' luggage go sans consequences their merry way along what is euphemistically called the learning process.

It seems as if the, for lack of a better word, good gals and boys, who are also very down to earth, who patter through their days as water flows or falls with a gentle repetitive noise, are penalized, while those who act like
aggressive nations engaged in war go along their merry way armed with
pencils and staplers, etc., not designed but used for inflicting bodily harm.

It seems as if the, for lack of a better word, good girls, of the stock who spunkily wore pants to mount the first bicycles in realms where their fathers held the deeds to their mothers' plots of land and pieces of sea, are penalized, while those who are misbehaving go along their merry way like weasels who may look cute and cuddly, but trust me: you don't want to get too close to those little beasts let alone offer them comfort in times of grief or disappointment. 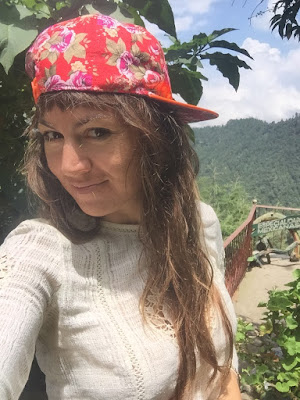 Montana Ray is a feminist poet, translator, and scholar. The author of five chapbooks and artist books, (GUNS & BUTTER) her first full length collection of poetry is available from Argos Books. Ray is a PhD student in comparative literature at Columbia University & the mom of Pokémon enthusiast, Amadeus. www.montanaray.com

Local Ikeas outfit houses with alsvik faucets, smaka cheese cutters, botne wardrobes, spathiphyllum potted plants, klubbo coffee tables, lindsdal handles and knobs, norreskog odorous candles, format cabinet lights, nutid exhaust hoods, and kajsa sten duvet covers. Their blue and yellow architectures are harbingers of indistinguishable places with stylish coordinates, with irreproachably organized closets. Before Ikea’s consequential interior imperialism, loveseats were forever. Now temporary is how decorators do contemporary condo. Somnat cribs, svit cutlery, koncis steel roasting pans, fantast meat thermometers, aina cushions, fläckig white colanders and bowls, tomat spray bottles, titta djur finger puppets, groggy corkscrews and heat trivets go with betydlig and hugad curtain rods, alve drawer units, fredde computer workstations, kritter children’s chairs, liatorp bookcases and glass cabinets, and thorine polyester hedgehog pillows. We’re years post-Fight Club and still they send me the catalog, that seductive document, that porn of Swedish furnishings; my gift card props the INGKA Foundation up; their glossy merch doth me transfix. The careful layout of retail showrooms is contrived to convey you through a long, winding, deliberate groove, counterclockwise, past shelves and partitions, along slow aisles of cheap Scandinavian beauty, past bins and rows of textiles and fashion kitchenware. The sardonic market for medium density fibreboard must be one of nature’s truths; what would stand in clothing stands’ thereabouts if not for this basic home accessory itch? When customizing your window treatment, don’t you dwell on cost like any customer? I’ve spent more time on this than I meant to. I should put this item away. I never had a taste for Swedish meatballs until I needed a nightstand; but o! primary injustice! when – godlike—they wouldn’t rethink, despite my girlish dissent, the cruel height limit of småland. 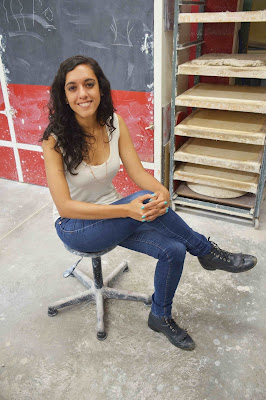 Dr. Sonnet L'Abbé, is a poet, essayist and public speaker. The author of two collections of poetry, A Strange Relief and Killarnoe, L'Abbé was the editor of Best Canadian Poetry 2014 and the 2015 Edna Staebler Writer in Residence at Wilfrid Laurier University. She has taught creative writing at the University of British Columbia - Okanagan and at the University of Toronto's School of Continuing Studies. Dr. L'Abbé currently teaches creative writing and English at Vancouver Island University. The poem included in Dusie is an erasure-by-crowding from her current project, Sonnet's Shakespeare, in which L'Abbé overwrites or "colonizes" all 154 of Shakespeare's sonnets. 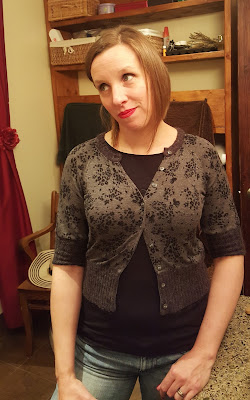