This one tastes yellow speckled with green.

This one tastes awful but real, how I want Botox to taste
There are cattle grazing in the Astrodome.

When I was a boy my mother grew potatoes.
When I was a boy I played in the dirt.
I held my hands before me.
I examined the filth.
I licked the length of my palm from the wrist to the base of my index finger.
It was bitter, like earwax, like the skin of a cucumber.
I needed to know.

This one tastes like touching the ring on the electric stove one pancake day because I needed a connection between color and temperature, helping my mother chop parsnips, letting the blade slide onto my thumb and for the shortest time watching blood rise before I knew pain.

This one tastes like the truck stop on I-80.
I want to come to nothing before there is pain.
The same texture on your first chew but then with the second gone.
My father tried to teach me.
We sat in the beach hut on rainy days in August, listening to the cricket far away.
Under blankets with the windows closed and the beach deserted but our money down.
Reasonable, non-refundable.
I miss the country I came from.
I was once a child.

When I asked my father what infinity meant he said the end of numbers.
When I asked the highest of all numbers he said no.
That numbers will keep on forever.
Which is what I knew of God.
Not to my knowledge a number but a new kind of man.

The highest we could find was a centillion.
So I learnt the names of those that fall between the million we knew and the centillion far beyond.
The quinquagintilliard, the novemnonagintillion.
And a billion in England is a thousand times more.
So the billionaires in England are a thousand times richer.
But all of the billionaires were once children.
Death will not feel like a dream.

This one tastes like my first job in the abattoir.

This one tastes like the swimming baths on the Mumbles Road.

This one tastes the way excrement smells.

This one tastes like the convenience store in the basement of our first apartment building where we lived so high off the ground that the patio in the morning was surrounded by clouds.
We opened the windows to let the clouds in and whenever I stepped out of the elevator I felt as if the concrete beneath would swallow me.
Whenever I was underground I would think about the earthquake.
Whenever I was shaking in this way the world felt impossible and the concrete would rise and I would purchase my bread and Gatorade and we would listen to the cricket far away and talk about being billionaires and when the clouds lifted we closed the patio doors because death will not feel like a dream.

This one tastes like the coins we placed over your eyes. 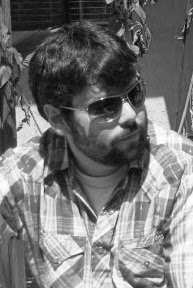 Richard Froude has written three books, FABRIC, The Passenger, and Tarnished Mirrors. New writing is included or forthcoming in Dreginald, Ottawater, The Sycamore Review and in the Modern Masters exhibition at the Denver Art Museum. He was recently awarded the 2013 Wabash Prize for Nonfiction.

in the armchair of the scoffer,
let alone corroborator but
as an act—more renewal
& recombinatory, quadrupling
the crazed space of
what the edge of making
might could look like if it did
some quality asking together
to gather. 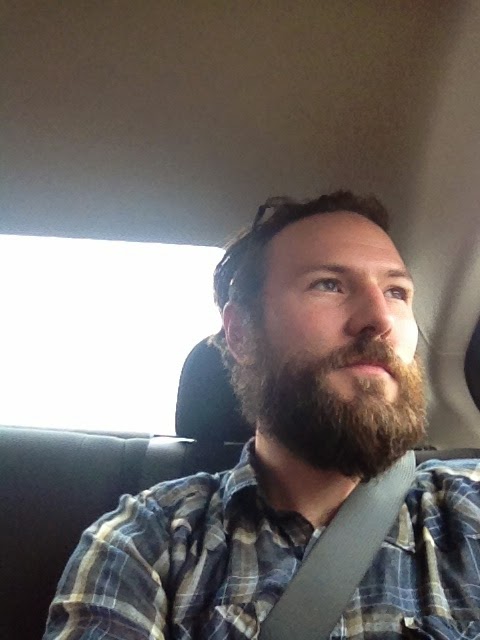 Joshua Marie Wilkinson is the author of seven books, the editor of five anthologies, the director of a movie about Califone, and runs a site called The Volta and a press called Letter Machine. He lives in Tucson, Arizona, USA.

Tuesday poem #79 : Johanna Skibsrud : The Real is That Which Always Comes Back to the Same Place


It is, perhaps, for the thought simply to exist—
singly, as for itself …

for distances as against that point to collapse,
be made arable,

assembled in rows … which, for short distances,
one might even

travel along, unhindered … and from which
perspective, one might

see, finally, and come to understand, the way
the farthest visible point

from the thought itself is not a limit, but only
the point at which

the thought, extending itself as if infinitely in
that direction

encounters itself: becomes what it already was:
a sudden violence,

a red ribbon of itself, unfurling. For it to scatter.
For it to become,

as it always was, numerous. A legion of scattered
forces, which,

against the singular, have already begun at a charge:
a final, continuous, attempt

to take the last line. Not to hold it, now, but to
destroy it utterly.

That final point where the horizon rises to meet itself,
and become the limit

of all things knowable, known.  For them to have
already plunged themselves—

their only weapons—into whatever of the words,
or the thought,
outside of themselves, which had, in the first place,
ordered them

to industry or war, can be made flesh: can, that is,
bear contact. For them to

have already turned and fled, tearing at their
clothes, their own skin …

at the wounds they themselves inflict there.  Until
there is nothing

to tear, and even the thought is gone. And will not now
rise, and had not then risen.


Johanna Skibsrud's most recent book is the novel Quartet for the End of Time (Hamish Hamilton 2014). She is also the author of two collections of poetry, a short story collection, and the 2010 Giller Prize winning novel, The Sentimentalists. She divides her time between Tucson, Arizona and Cape Breton, Nova Scotia.