why does it surface now in the morning dark of a sodden West Coast street, that image of  sunlight shining off her arm, her pint-size white cotton singlet, standing in a tin tub set outdoors against the house, my baby sister holding onto the sides of the tub with an interrogative tilt to her head, provoked by a laugh? a call?   peering in light and shadow, facing what’s almost remembered, then turning her backside, busy with lifting something luminous, its pour --

two fading snaps from a backyard I couldn’t remember when I went back to search that Melbourne street. who was holding the camera?  my mother, pregnant again, my father returned to the chaos of post-occupied Penang, his absence eclipsed in that moment of light, tiaras of drops, their drench, splash-- Stop it! now!-- cascades we understood, extreme in the moment. 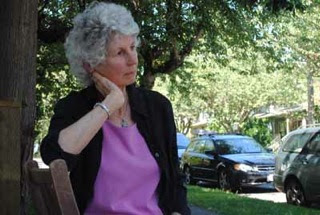 Born in Australia, Vancouver poet Daphne Marlatt immigrated to Canada from Penang, Malaysia as a child in 1951. A critically acclaimed poet (Steveston, Liquidities) and novelist (Ana Historic, Taken), her most recent poetry title, Reading Sveva (2016, Talonbooks) responds to the work and thought of the Italian-Canadian artist, Sveva Caetani.

Tuesday poem #199 : Klara du Plessis : The poem is its own portrait


Two egg yolks
quivering in the icebox.
Kinesthetic swag
gold coins
kept together by the thinnest
of film.
Fertile artifacts
two little dots slightly gelatinous
at this point, prick to see
thick yellow nutrition
bulge a drop from the wound.

This way they keep
for a day or two, freshness is key
to art, panting, lapping up
paint with full nouns
like an adult.

Can albumin bleach
the translucent leak
from shaking separation
back and forth plopping
into halved shells, porous white
in a bowl and then the yellows
kept intact for now.
If quick-tempered
the shells are a light way of cracking.
Method acting
your way through life.

Tempera is a technique to paint
with pigments
powders, powder the cheeks
to fill in the blanks of dermis,
powders mixed with yolks
to form a consistency
that endures.
Application has a drier
sheen than oils
a hard shellac
but a fecund being.
Imagine painting in
reproductive cell tissue
ovum mother.
The embryo hidden in a yellow halo
is just another product
of modification, mindless protein
leveled across the canvas
like an insult
to all the babies relaxed
into existence. 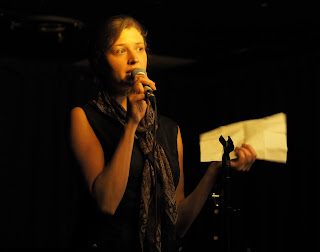 Klara du Plessis [photo credit: Brian Campbell] is a poet and critic residing alternately in Montreal and Cape Town. Her chapbook, Wax Lyrical, was released from Anstruther Press, 2015, and a full-length collection of multilingual poems is forthcoming from Palimpsest Press. She curates the monthly, Montreal-based Resonance Reading Series, and writes reviews and essays for Broken Pencil Magazine, The Montreal Review of Books, The Rusty Toque and other journals. Follow her on Twitter @ToMakePoesis 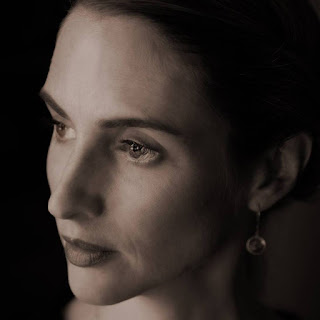 
A postcard is complete:
perfect museum of its perfect world.

Even without stamps it finds you.
I have learned to drink my tea hot, I write.

This island is small as a trap.
The postcard gnaws my leg off. 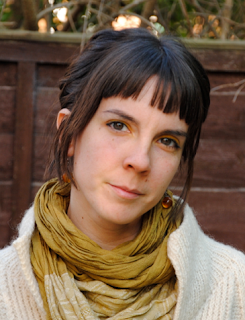 Éireann Lorsung lives in Belgium, where she runs Dickinson House, an intimate residency space for writers and artists, and MIEL, a micropress.