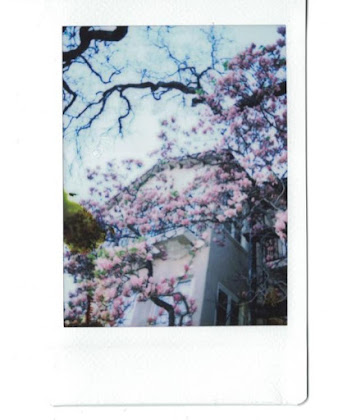 One winter I bought my daughter an Instax camera. Through her lens, the magnolia tree in front of our building looked taller, its creamy whites and magentas more lovely.

This is so beautiful, she said, and pressed the shutter release.

The “room” of the camera may have shrunk, [but] the camera retains, in its name, a reference to that magical space one originally occupied: the dark room where one went to receive an illuminated version of reality.[1]

Photographs show not the presence of the past but the pastness of the present.[2]

Is it possible for an image to be an elegy? For a photograph, as it captures the light of a lost moment, to be anything but?

The more interesting abrasions are not of stone but of flesh. Through photographs we follow in the most intimate, troubling way the reality of how people age.[3]

One day she will say, I can’t believe how young she was. Looking at me now, you would not know I was once a small child with blue yarn and barrettes in my hair.

The smearing effect of time, memory. Distance and sun exposure.

While pregnant, I became obsessed with the passage of time. Something about the marks it made on my skin as it stretched past.

A sort of umbilical cord links the body of the photographed thing to my gaze: light.. is here a carnal medium, a skin I share with anyone who has been photographed.[4]

What I remember about my own mother: some days I returned from school and the floors gleamed. A shadowy figure that came and went, ornamenting the fringes.

She was everything, but she was also invisible.[5]

Once I left a pair of scissors open on the floor, and she cut her foot open, trailing blood to the bathroom. How it feels as the frame that holds your life falls to pieces.

One day I will forget how high the ceilings were. How its exposed beams collected shadows, which drifted across the walls in complex, shifting prisms.

The light of this lost, mournful moment. As though filtered through a dream or a half-tone screen.[6]

To document the light it is to catch the quality of time as it streams past.

Photography is an elegiac art, a twilight art.[7]

We live in the presence of another world, faces lit from the inside. So much is mystery. So much we do not know.

Bodies bleached by sun, faces haloed in gauzy light. How joy effervesces—and what is lost in the effervescing. 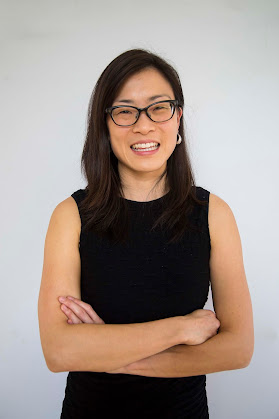 Mia Ayumi Malhotra [photo credit: Sana Javeri Kadri] is the author of Isako Isako, finalist for the California Book Award and winner of the 2017 Alice James Award, a Nautilus Gold Award, a National Indie Excellence Award, and a Maine Literary Award. She is a Kundiman and VONA/Voices Fellow, and her poems have appeared in numerous journals and anthologies, including The Yale Review, Indiana Review, and Ink Knows No Borders: Poems of the Immigrant and Refugee Experience.