In July 2018, a specimen nicknamed Uncle Fester at Bloedel Conservatory in Vancouver became the first Amorphophallus titanium plant to publicly bloom in BC.

Vancouver is giddy tonight; in the botanical conservatory
the corpse flower is finally blooming. The deep green exterior

of the spathe is opening to reveal its dark red interior
and its spadix of flowers: the largest flower in the world.

I’ve been following the story for days. It makes me happy
that so many people have been waiting for a flower,

I think it’s funny that the flower has been named Uncle Fester
and is sure to smell terribly once it’s bloomed.

Many things make me happy these days. My baby daughter
most of all. Before I put her to bed I held her and remembered,

as I often do, how badly I wanted her. How I waited
for a baby and now she is here and she is, just a little bit,

only here because I waited. Tonight I kissed her nose
and I remembered, too, the corpse flower in the city

where I used to live, all the people waiting for it
to bloom, and I thought about all the crazy things

that flora and fauna do to be more than themselves.
The Amorphophallus titanium is not a self-pollinator;

it can only reproduce if beetles and other insects help.
It needs someone else to shuttle pollen between plants,

to trick flesh flies, or small nocturnal carrion beetles
searching for freshly-dead meat to lay their eggs in.

In order to reproduce the plant must mimic death:
the chemistry of the bloom raises its temperature

to over 36C, human body temperature. Its colour
is vibrant and red. And, of course, there’s its odour:

than we first imagine. The doctors rubbed my daughter’s
tiny body to encourage her to take her first breath:

first she was a grey colour and then she brightened into
a newborn pink, and cried, and they gave her back to me.

It wasn’t ever an emergency: it’s just how things go,
sometimes, and it’s okay. They gave her back to me. 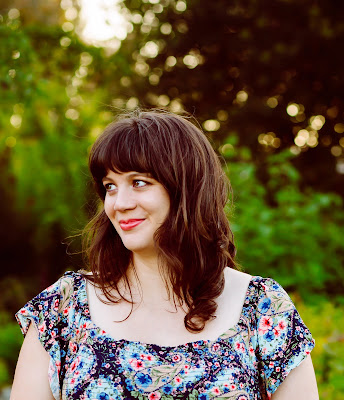 Ruth Daniell is an award-winning writer whose poems have appeared in Arc Poetry Magazine, Grain, Room magazine, Qwerty, The Antigonish Review and Event. The recipient of the 2013 Young Buck Poetry Prize with CV2 and the winner of the 2016 Nick Blatchford Occasional Verse Contest with The New Quarterly, Daniell is also the editor of Boobs: Women Explore What It Means to Have Breasts (Caitlin Press, 2016) and the author of The Brightest Thing (Caitlin Press, 2019). She holds a bachelor of arts degree (honours) in English literature and writing from the University of Victoria and a master of fine arts in creative writing from the University of British Columbia. She lives with her family in Kelowna, BC.