Rain was rattling down like a steel security grate over a storefront. Faces disappeared off the street only to reappear nine months later on other bodies. At that point, I was sitting on a barstool watching with a kind of puzzled fascination CNN live stream the latest mass shooting. I could feel the tingle of green mold spreading along the inside of my skull. Something told me it wouldn’t be OK anymore to think out loud. The thought uppermost in my mind was, ridiculously enough, that “canine” can refer to a dog or a sharp tooth used for tearing and shredding. 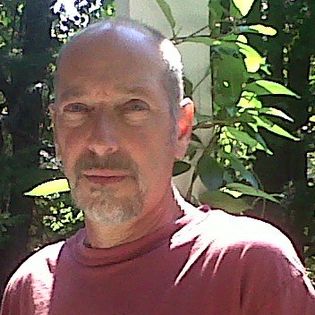 Howie Good is the author of more than a dozen poetry collections, including most recently The Death Row Shuffle (Finishing Line Press), The Trouble with Being Born (Ethel Micro Press), and Gunmetal Sky (Thirty West Publishing). His collection, The Bad News First, is forthcoming from Kung Fu Treachery Press.