[1] Townsfolk make an announcement: it's the town’s anniversary of flurries. One year since the snow curled the hill and stopped. A fusion of human and sky. Now townsfolk own coats. Pack gravel. Deny the insides of homes. They wardrobe through the clues. They wait outside where the snow, they know, is a promise, and they proceed to need more fur.

[2] Townsfolk make an announcement: it's the town’s anniversary of nerves. They want to speak on her arrival. Her furniture, her skirt. Her furious skull they buried mid-lake. Her belts of melted metals, sewn together with bird. The stolen animal they found in her hut. The family that follows behind.

[3] Townsfolk in apple, townsfolk in smoke. Grass and snake shape the appendix. An organ of honest bird. Bird of melted mirror. An association for the rattling of wings. To feed the hunted hundreds, meantimes sewn like cloaks. To feed the hospital a hospital. To see teeth beneath the arms. The coffin walks past the grasshouse. The trough is enough. The farmer is almost dead. 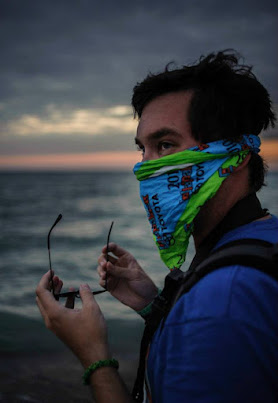 Benjamin Niespodziany is a Pushcart Prize nominee and Best Microfiction nominee. He has had work in Fence, Wigleaf, Hobart, Fairy Tale Review, and various others. He works nights in a library in Chicago.