I took the Wallace Stevens franchise to another shoreline.
Now I'm staring at the early morning waves.
They roll in, blue and unafraid, white-capped and peaceful.
This ocean and I go back a long way.

You can't expect everyone to write at the Ontario cottage
and come up with something different. I travel--
to places where the white birds swoop and soar.
There's a tin roof waiting for me, there's a tropical heart
waiting to be born.

When she sang beside the genius of the sea
he was there to hear it, and to take it further.
The waves are our brave counsellors,
breaking here, in the lush greenery, at our feet. 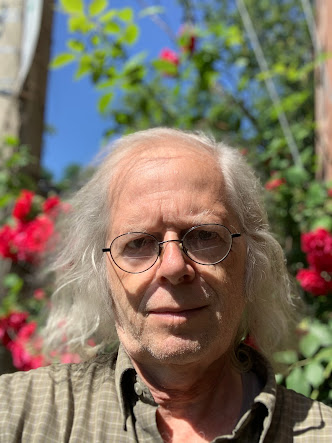 Born in New York City in 1951, Ken Norris came to Canada in the early 1970s. One of Canada's most prolific poets, Norris is the author of more than 30 books. His work has been widely anthologized in Canada and throughout the English-speaking world, as well as published in translation in France, Belgium, Israel and China. He divides his time between Canada, the U.S., and Asia. His latest book is South China Sea (Guernica Editions, 2021), and his latest chapbook is HAWAIIAN SUNRISE (above/ground press).