Tuesday poem #413 : kevin mcpherson eckhoff : feels like I haven’t written a poem in a long time, / but if I had it might’ve looked something like this 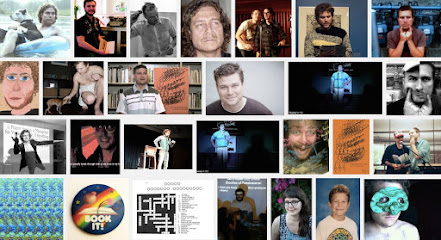 kevin mcpherson eckhoff is a writer, teacher, editor, comedian, and actor. His work has been anthologized in The New Concrete and Why Poetry Sucks and Experimental Praxis. His most recent book is their biography (BookHug, 2015) and his fifth book, The Pain Itself, is forthcoming from Insert Blanc Press. He appears in Sean Braune's yet-to-be-released directorial debut, Nuptials, with Ariana Marquis. He currently occupies the traditional Syilx territories where Okanagan College pays him to gab about words, bookmaking, and acting with rad student folks.