One tires of the beyond

Odysseus ties himself to the mast and vamps
Fish are ripples, which research accounts for
Children are windowsills
Some statues require willows

Bird’s eye view: a term for meeting a sparrow’s gaze

I take the earliest bus and pretend to read
Flood slow enough, who can say how much is lost to steam

Time healed me of prose

The tone is bereft
Steam rose into a good museum and the first horses
The first movement moves past, careless for return
Children rolling hills, tossing dust from a field
Say as far as the world goes, it’s Saturday
Is someone telling the story
Of causes

Here’s a church so pretty, you shouldn’t mind just walking by 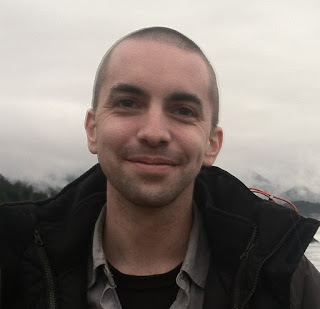 Zach Savich [photo credit: Lisa Wells] was born in Michigan in 1982 and grew up in Olympia, Washington. He received degrees from the Universities of Washington, Iowa, and Massachusetts. His work has received the Iowa Poetry Prize, the Colorado Prize for Poetry, the Cleveland State University Poetry Center's Open Award, and other honors. His fifth collection of poetry, The Orchard Green and Every Color, was published by Omnidawn in 2016. He is also the author of Diving Makes the Water Deep, a memoir about cancer, teaching, and poetic friendship. He teaches in the BFA Program for Creative Writing at the University of the Arts, in Philadelphia, and co-edits Rescue Press's Open Prose Series.