Tuesday poem #503 : Heather Cadsby : I would love to live in Leeds

So much going on there. Artists and poets daily. Years ago Desmond and Marion came to Canada. I got to be friends with Marion. She had studied Anglo-Saxon syntax at the University of Leeds. There was an intern on the TV show Bones, Mr. Nigel-Murray, who said he had several science degrees from there. The Americans on that show rolled their eyes. Probably had never heard of the place. The Anglo-Irish population could invite me to join. I’d have to get a new accent. Everyone would love me. I would be the hick from the colonies. I really don’t know much about England. Once I went to Newfoundland. Something about Vikings. That might count. They have swifts in Leeds too. But different. Theirs come from West Africa. I wouldn’t care. Sometimes a cigar bird is just a cigar bird. Ha. Ha. They would love my sense of humour in Leeds. I’m working on understanding their words like bollocks and doolally. Knickers I know. Would mine do? Perhaps they don’t bother with any in Leeds. I have a lot of research to do. Before I pack my bag. 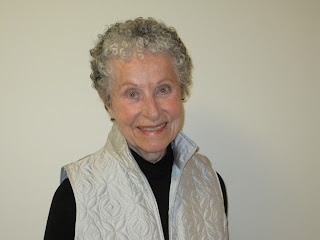 Heather Cadsby is the author of five books of poetry. The most recent is Standing in the Flock of Connections (Brick Books, 2018). In the 1980s along with Maria Jacobs she produced the monthly periodical Poetry Toronto and founded the press Wolsak and Wynn. In recent years she has served as a director of The Art Bar Poetry Series.