In the least measurable world, mind
squalls in a shred of swamp, recuses
each pearled dreg, nips at its own heels –
but moves, refuses walls, pretends
not to know nature even as morning shifts
docile in its stall and huffs
to its own ends: a crick
in the aubade, waking up stiff,
tongue all stuffed into a calligram,
knotted with sweetness and bile –
it is thus that the measureless day
imprints itself, bray
onticology or hyper-object all you like.

A wealth of speedbumps on our way
to mortifying the surface of dazzling change –
pity the mind, rattling on and on
with a bog-moon above to fortify
its dim aegis: we prod it silent
not a moment too soon.

I am in the clasp of a different morning,
where sun begins to seep through every slit
in the closed door and the houses outside
are impregnated with flowers –
you can smell it from the streets and
the terrace bordering the other room,
where threadbare towels dry on the line
and dogs sigh in the dizzying heat.

We do it like this: we insert the subject
into an impossible image and watch
it yearn, watch its ears prick, the faint burns
where air meets its skin – we tell it
that it is a mind; we ask it for nothing.
We wonder what it can see.

Warm air pierces the curtains, sweetens
my nostrils with gusts of plant slough
flung in estuaries against a dam of attention –

I have already felt the breath burst from
your nose as you pace the garden
outside my window.

You hum to yourself.

I can hear your lashes
like gummed cicada wings in the waning dark. 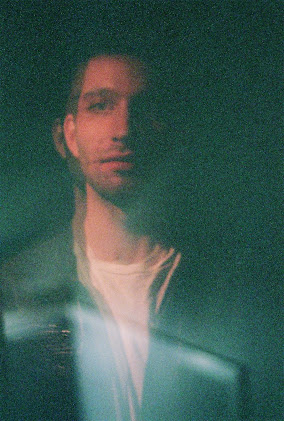 Ben Meyerson holds an MFA from the University of Minnesota and an MA in philosophy from the Universidad de Sevilla. He is currently a PhD candidate in comparative literature at the University of Toronto. He is the author of four chapbooks: In a Past Life (The Alfred Gustav Press, 2016), Holcocene (Kelsay Books, 2018), An Ecology of the Void (above/ground press, 2019) and Near Enough (Seven Kitchens Press, forthcoming in 2023). His poems, translations and essays have appeared in several journals, including Interim, PANK, Long Poem Magazine, El Mundo Obrero, Great River Review, The Inflectionist Review, Rust+Moth, and Pidgeonholes. His debut collection, entitled Seguiriyas, is forthcoming from Black Ocean Press in the fall of 2023.