Tuesday poem #298 : Joan Naviyuk Kane : UPON LEARNING THAT SHE’S HUNG A FOX PELT FROM TED HUGHES FROM THE RAFTERS ABOVE HER DESK


Not an easy thing to shake as she defers
her rapprochement with apoidea
over false oxlip & phlox. A glacier

makes a river of ice, of earth,
of everything that is & is not she.
A paradox: the present as a dark

text to (re)turn (in)to. She strikes
the bright inscriptions, which might
yet teem for a long time.

We tread the paths of myth, grown
sick, like the boy who banged
an adze until it grew dull

& the snow ceased. & like that
which presupposes it, & us:
line, image, lilt. I am not quite

myself within other declarations.
I do not exalt with great nimbleness:
& did not notice the lemming

as he slipped through a hole in the fenestra
on some annual migration to the sea,
past himself as his own pelt-monger,

& far past the point where he pulled an awl through the fauces.

In these words, enclosed, too, at times
within the old enchantments—
one broods beyond the problem

of being bound to place,
to anything at all. & then,
the ballista, too, becomes its own

source of wonder. An omen,
albeit one tempered by the concise
splendor of a mind as it moves

quick, unsick, within the confines
of night. Breach lyric. Split time.
Will she?— she will —explicate 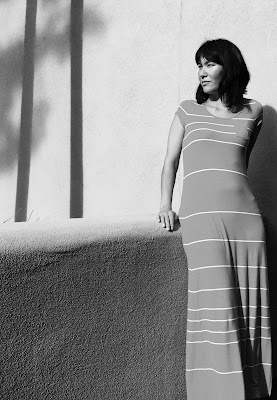 Joan Naviyuk Kane’s books and chapbooks of prose and poetry include The Cormorant Hunter’s Wife, Hyperboreal, The Straits, Milk Black Carbon, A Few Lines in the Manifest, Sublingual (November 2018), and Another Bright Departure (March 2019). She is a 2018 Guggenheim Fellow. Kane was a Harvard National Scholar, and the recipient of a graduate Writing Fellowship from Columbia University’s School of the Arts. Inupiaq with family from King Island and Mary’s Igloo, she raises her children as a single mother in Anchorage, Alaska.