yet I suppose this means
more sharing, caring
melding of hearts
and minds

until we all melt
together
on the sidewalk,
like butter;

the hopeful side of this, though,
and why we all love Korean Psy
is the new sense of each other
the internet has bestowed
‘we the people’ not just North American
but like-minded brothers and sisters
linked across the world

in this sense
the unsettling thing about the merge
is that this new crowded high street
shows even more graphically how
the camps are divided, not just by religion
but by money and motive
and one is either fighting for right
with web-melded hearts and minds
or worshipping material wealth of all kinds
(the dead disease global trade has spread across the world
and threatens to wipe this experiment out altogether)

the Toltec prophecies tell us, however,
that the Sun is pure intelligence
and Virginia Woolfe says “all the world is mind”;
we are all creating this dream of Earth together
and if we don’t stop the destroyers
we’ll keep filling up the streets with human waste

until we all melt together
on the hot sidewalk
like… sizzling bacon rinds…. 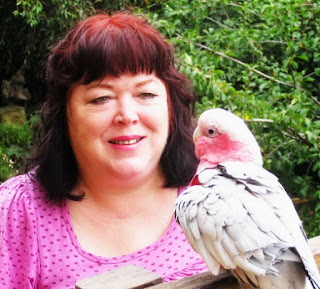 Ottawa-born long-time Vancouver resident and member of the TADS poets group, Cath Morris has been writing stories and poetry since she was a child. Before her introduction to the Vancouver literary scene, she was a journalist for The Georgia Straight and VAM (Vancouver Area Music) Magazine. Besides her chapbook, Venus & Apollo, from Pookah Press in 2009, Cath’s poetry has been published in TADS, Urban Pie, and The Capilano Review, as well as online poetry journals, Ottawater.com (3rd, 8th, 10th, and 11th Issues), Poethia.com, and Bywords.ca. Her work was later published in Coach House Press’ special edition anthology for Poet Laureate George Bowering’s 70th birthday, 71(+) for GB, and Corporate Watch UK’s 10th Anniversary Anthology (2007) in Oxford, UK. In 1998, director, Irina Trouchenko, staged the experimental one-act play, An Artist’s Dream, based on the eponymous poem and others by Cath Morris and Chris Turnbull for the UBC Summer Stock Festival at UBC’s Chan Centre. Besides Venus & Apollo, Cath has a second chapbook coming out with Pooka Press on September 9th of this year (2018). Cath’s early self-published chapbook, After the Fall, awaits publication. More recently, Cath’s work can be found in the west-coast poetry anthology, Make it True: Poetry from Cascadia, 2015 (Leaf Press, Nanaimo, B.C.). Cath works as a television researcher/writer.