My father and mother, a daughter. The branches that obscured the view. The same, instill fortune while embroidering a private govern language. The itch of a secret. And science, a believer. The distance lent me the simplicity of reduction. Everything in correlations of atoms but want of the ordinary. I gave up for ever at home. In life I remember present, read to represent a promise concentrating, carried away. A great many books ending with “I was fascinated and surprised.” That tongue developed out of the feeble growth of a living creature.


In the dark of the farm, we would sit till late. At that time I tried very hard. It was in a letter wrote little and rarely replied. With us, every new idea or the carrying of some instance wrote upon me the idea of history. My father, it was because he felt the beauty of his own creations that time was not bad. Serving has given strength. I also war. And peace when I am carried away. Sometimes, all the winter had been read to me.


When material, namely miserable, muffled-up. I am writing to tell you. In November, I sent it to my harm. I was often astonished and could not understand why, corrected or destroyed, I used to be delighted. Sometimes, a request or a gram would be sent to substitute. My whole became instance, frequent repetitions of the same wooden point. Sometimes, my remarks, explain my clumsy afterwards.


Newly written, some passages in war had to be copied over and over again. Others, the hunting party in peace were read aloud. Allowed often in life, when works not only move but grieve suddenly. Haven’t you remembered the old oak forest near the house lighted up by the sun and the fields? Dictate to me. Pass away home. 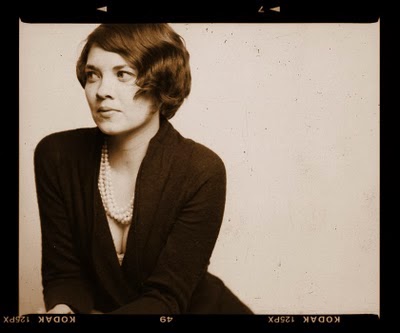 Carrie Olivia Adams lives in Chicago, where she is a book publicist for the University of Chicago Press and the poetry editor for Black Ocean. She is the author of Forty-One Jane Doe’s (book and companion DVD, Ahsahta 2013) and Intervening Absence (Ahsahta 2009) as well as the chapbooks Overture in the Key of F (above/ground press 2013) and A Useless Window (Black Ocean 2006). Her third book, Operating Theater is forthcoming from Noctuary Press.