The 12th century invention of the horse collar and the increased speed, range and efficiency of plough horses compared to oxen (which occurred around the same time the religious category of sin became criminalized), meant that fields could be located much further from home. This rearranged life in europe and led to the rise of parishes (religious entities) which replaced hamlets (small community). It also led to a change in relation to oaths which were forbidden by the New Testament, but became fundamental to European culture by the 13th century and came about because of the increased tenuousness of communal relation. The New Testament proposes people unite in the Holy Spirit and through the conspiratio, the sharing of the Holy Spirit through a kiss and the exchange of breath. The replacement of the conspiratio with the conjuratio (oath taking) transformed marriage into a juridical act that legalized love, made the supreme divine gift subject to the State's authority. It is the imposition and internalization of the law and the undoing of Christ's mission to free humanity from the law. It also sets up the internal, mental structures that are the basis of modernity. 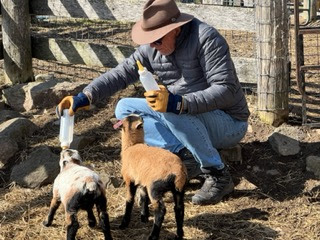 Michael Boughn has spent much of his adult life straddling borders, leading to a lack of determinable national identity. He has published numerous books of poetry in both Canada and the US. Cosmographia—A Post-Lucretian Faux Micro-Epic (Book Thug, 2011) was short-listed for the Governor General’s Award for Poetry, leading one Canadian commentator in the Globe and Mail to describe him as “an obscure, veteran poet with a history of being overlooked by the mainstream.” Le plus ça change . . . Both A Book of Uncertain and Uncertain Remains are forthcoming in 2022 from Spuyten Duyvil (New York) and BlazeVox (Buffalo), and the chapbook In the shadows recently appeared from above/ground press. A collection of essays — Measure’s Measures — Literary Assays — is also due out from Station Hill Press (Barrytown, NY) this spring. From 2014 to 2018 he audited the online turmoil called Dispatches from the Poetry Wars with co-conspirator, Kent Johnson.