I was trying to remember everything. If you look at the sky long enough the bears and hunters gradually resolve into a trillion bright lights and a shattering distance, but that’s not quite what I mean. It doesn’t have to do with my friend, the laquerer with a Japanese apprenticeship who right now is brushing lamps for Bezos’ five-hundred million dollar yacht, caressing toxic sap into a beautifully reflective shade. While I try to remember everything worth writing down, there are engineers dumping soil on the Sahara to grow disease-resistant crops; artists are talking about grunge futurism and climate bunkers. This goes without saying, because everyone is talking about the future, but while the anxious are trying to get the geese out of their chests the pope is undergoing another genetic reconstruction of the face. More power, more problems. That’s the thing about the earth, which is that if you’re in orbit you never hit rock-bottom. But my memory, where did it go? If anyone is remembered in the distant future they will be given an anachronistic diagnosis they’ll be sure to dislike, but at the very least one of us will survive to tell them how it was. It might take someone who lives long enough to find car fumes so toxic they can wrap their mouths around the exhaust to kill their tumours, but hopefully they’ll still be able to imagine bellybuttons growing flowers. At least I know how I want to go: I want to enter a building shaped like a person, just like the Great Temple at Abu Simbel. My burial will be the same size as everyone else’s — so small you need a foldscope to see it clearly, so big you’ll never find its corners — and when you enter the casket you’ll learn that something new and unexpected just became possible. Memory, a haunting. 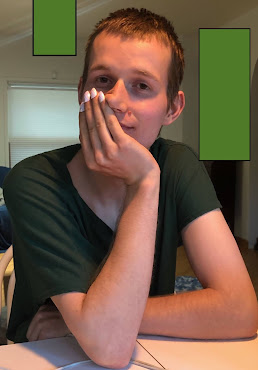 Liam Siemens is a writer from Saskatoon. Find his work at the Literary Review of Canada, SAD Mag, VICE, and elsewhere. If not there, here.