I have died of my planning

for what solar measurements   what sun burn
remains for the arithmetical?   what complaint forms?

I have measured engine stars, they are wide enough

for a child to reach with a broken back

where bots walk upright when I Crawl

things will have finally to change
with some dismay in there but
with me the one cutting down, all lucy

The NSA says pull this fanny away

he doesn’t realise we can die too
but what if you’re the one
who codes the other in NON space by coping?

I don’t doubt, nor tend to think we were meant to be freed

it powers over entire networks

Messiah is taken from the upcoming collection 'That What Don't Concern You' from Kingston University Press, a conceptual-narrative poetry collection that centres around a programmer in the UK's GCHQ internet surveillance department, who publishes poetry online and gets in trouble with his employers.

From the publisher “Confiscated in secrecy and leaked for poetic intervention, device #0 is as much a poetry collection as a sardonic belly tickle for the rank underside of our online reality. SJ Fowler’s “THAT WHAT DON’T CONCERN YOU” considers the paradoxes of life lived in the age of the internet, when the line between public and private disintegrates and inexorable intelligence surveillance is a given. Sinister and playful, ambiguous and precise, Fowler’s poems ponder the consequences this has for the self, for the watchers and for the watched.” 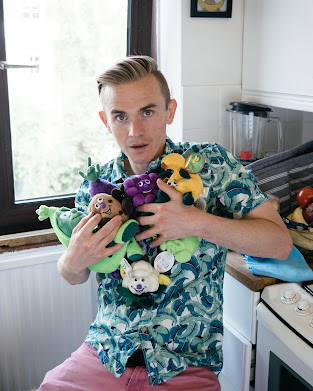 SJ Fowler is a writer, poet and artist who lives in London.

He has published eight collections of poetry, five of artworks, six of collaborative poetry plus volumes of selected essays and selected collaborations. His writing has explored subjects as diverse as prescription drugs, films, fight sports, museums, prisons and animals.

He has won awards from Arts Council England, Jerwood Charitable Foundation, Nordic Culture Fund, Danish Arts Foundation, Arts Council Ireland and multiple other funding bodies. He was part of the first ever Hub residency at Wellcome Collection, and is currently poet-in-residence at J&L Gibbons architects and formerly at Kensal Green Cemetery. He is associate artist at Rich Mix.

He has been sent to Peru, Bangladesh, Iraq, Argentina, Georgia and other destinations by The British Council and has performed at over 50 international festivals including Hay on Wye, Cervantino in Mexico, Berlin Literature Festival and Hay Xalapa.

His feature-length films have premiered at Whitechapel Gallery and his plays have been produced by Penned in the Margins and Dash Arts. He was nominated for the White Review prize for Fiction in 2014 and his short stories appear in anthologies such as ‘Liberating the Canon’. His visual art has been exhibited at the Palais de Tokyo, V&A, Hardy Tree Gallery, Jerwood Space and Mile End Art Pavilion, with installations at Kielder Forest and Tate St Ives. His librettos have been performed at LSO St Lukes, Wigmore Hall and Guildhall Music School. His articles have appeared in Nature, Vice Magazine and Jacket2.

He’s been translated into 27 languages and produced collaborations with over 150 artists. He has pioneered the fields of performance literature, literary curation, collaborative poetry and Neuropoetics. His asemic writing, sound poetry and concrete poetry have also become known internationally.

He is the founder and curator of The Enemies Project and Poem Brut as well as poetry editor at 3am magazine and former executive editor at The Versopolis Review. He is lecturer in Creative Writing and English Literature at Kingston University, has taught at Tate Modern, Poetry School and Photographer's Gallery and is a Salzburg Global Fellow. He is the director of Writers' Centre Kingston and European Poetry Festival.