She tells me the ocean is full of whales. I’ve never felt the briny heat of their exhalations so it’s something I take on faith, like the sturdiness of elevator cables, the existence of Ottawa. She is forever mentioning a largeness I have not seen — Niagara Falls, the Sears Tower, the stars above the prairie. She goes to these places to see for herself. She tells me the story of a man she knew. He was at sea and saw spiders blowing on the wind without any land in sight. He was not a liar. He was looking for whales. 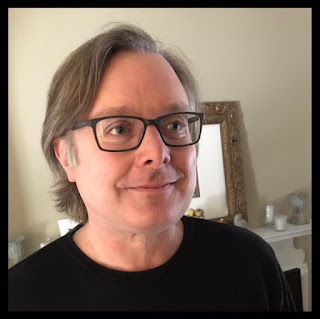 Charles Rafferty’s most recent collections of poems are The Smoke of Horses (BOA Editions, 2017) and Something an Atheist Might Bring Up at a Cocktail Party (Mayapple Press, 2018). His poems have appeared in The New Yorker, O, Oprah Magazine, Prairie Schooner, and Ploughshares. His stories have appeared in The Southern Review and New World Writing, and his story collection is Saturday Night at Magellan’s (Fomite Press, 2013). He has won grants from the National Endowment for the Arts and the Connecticut Commission on Culture and Tourism, as well as the 2016 NANO Fiction Prize. Currently, he directs the MFA program at Albertus Magnus College and teaches at the Westport Writers’ Workshop.