It’s not that I wanted to think Sanford and Son looked back
on Hamlet and considered the Prince’s problems with his father,
and that those problems were trickling
down like a sinister leak of semantics
from a bothersome furnace appendage.

Simply, I want to find out Lamound’s identity.
Did Shakespeare imagine Lamound with
a big handlebar moustache like the philosopher Nietzsche’s

twirling paternalistic member, and an overripe heart
ready to explode all over a son?
Was it not to make Lamound anxious
with an influence or a transference?
To give him his explosive heart, and then die? 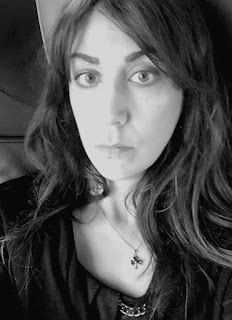 Nyla Matuk is the author of Sumptuary Laws (2012), and Stranger, which appeared with Véhicule Press in 2016. Her poems have appeared in Canadian, American and U.K. journals including The New Yorker, PN Review, Ladowich, Prelude, The Walrus, and The Fiddlehead. www.nylamatuk.ca