1.
In the brief day of masks
When the color leaves
And the grass is white
In the day that comes
To the white bleached hills
My desire is lost.

In the scalded hills lost
In the stone woman masked
In the white hills
Fixed in the dying leaves
Left but how hard is stone when the soft shade comes
To her that is masked, how white?

As leaves from the grass of hills
Come green come unbleached
As desire comes, found, and unmasked
As I come between

2.
In the brief bereft of eyes
of what ambition imparts with time
In her eyes periodic departures and the cold
brought back from places she’s not known
the address that’s not a home
the country where desire persists

The odour of time clouds our eyes
but vision persists in what we know
coming home to the fondling cold
3.
In underpants, the lost can see
what will gives from hours
In her vision – small and interrupted leavings and the cold—the fucking cold
returned from anonymity
those numbers aren’t on her gate
in this place where want lasts

In the small hills height remains
in the white sediment and snow, some ice.
It calls to the chased
the way systems shout ‘hey, time’s up’
and wipe out the weight of being one
and the fear of being welcomed

The way spring returns from a thaw
as noisy as hell, never ceasing
shoulders jostling against its certainty
That old goat should fear Spring
She’ll unman him soon enough
in that place he once called home

At first, it’s as if Love’s mother sketches the houses
and lifts the pencil (to her mouth)
And it is, everything lifted to her mouth, except winter,
not Love but Love’s mother that holds us
leafing, blooming, selfing
undone in her eyes, light’s mechanical misfortune

She will be known, by all the science of the schools
standing in the hollow of a spoon
dancing a concave of warming
There is a winter we forget
its night dissolved in this solution
as if time were not a problem
and the little smile in the corner of her mouth
her turning back, were of the essence
Ideas are well enough, but hell
they never wander far from home
because it’s cold in the marches
even as exile quickens the attention


Dante’s Rime Petrose are the underbelly of his beatified distortion of desire. Starting from Ted's literal translation of Dante's quartet of petrified rimes, we have tried to pull this desire slant, into repetition, into shifting patterns of diffusion and accumulation where dejection can flourish, where the gendered subject (masked) and the green hill can regather. This sestina is the first of the four canzoni. 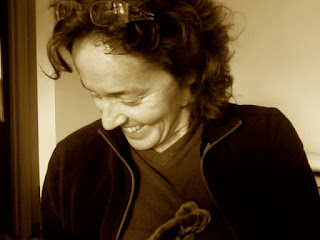 Christine Stewart works in the English and Film Studies Department at the University of Alberta. She studies poetics, and is a founding member of the Writing Revolution in Place Research Collective. Recent publications: “Propositions from Under Mill Creek Bridge,” in Sustaining the West. Wilfred Laurier, “On Treaty Six from Under Mill Creek Bridge” in Toward. Some. Air. Banff Centre Press, “This—from Treaty Six” in Dusie and The Odes, Nomados Press. 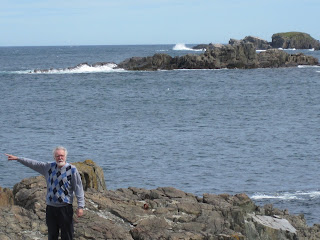 Ted Byrne was born in Hamilton Ontario and has lived in Vancouver since the late sixties. He was a member of the Kootenay School of Writing collective, and is presently a member of the Lacan Salon. He periodically teaches poetry and poetics in the HUM 101 program at UBC. Current projects include historical fictions about Hamilton, and a book constructed from sonnets by Louise Labé and Guido Cavalcanti. His books include Aporia, Beautiful Lies, and Sonnets : Louise Labé.