She had emigrated to New York when she wrote my hands, and I was in New York again again looking at my hands when I typed my hands. She wrote two little bits of my body on the next line. She had children at this point. I typed the words in English on the next line and didn’t have children and then did and brought two little bits up to the first line with my hands. In her time, ideas sat on different lines, but in mine—living against being shown where to rest. Is that me now or now? I decided now.

She wrote that hands are two little bits of my body I’m not ashamed to show, and I said that and then said I’m never ashamed to show. Does not mean never? No. Yes. Never makes the positive of the negative happen. I change my changes using the following excuses: I’m more like her now. I’m more like me now. I’m now, and she was explosively then.

She wrote my hands with fingers, like the branches of coral, and I typed that and then later typed With fingers—the branches of coral and went on shaving off the markers of distance to close the thoughts in me. I used to try to hide my strange hands but now I want to touch everything I can.

She wanted to touch some things she shouldn’t have. She wrote a word that was impossible to find in any Yiddish dictionary, but was found in a French one. Fingers were like the thoughts of blank question mark and now are the thoughts of a nymphomaniac. She reached and reached outside of her tongue so her hands could reach away from her life in words. I typed nymphomaniac as myself and then again as myself as her and met her there reaching toward her hands.

My hands, two little bits
of my body I'm never
ashamed to show. With fingers—
the branches of coral,
fingers—two nests
of white serpents,
fingers—the thoughts
of a nymphomaniac. 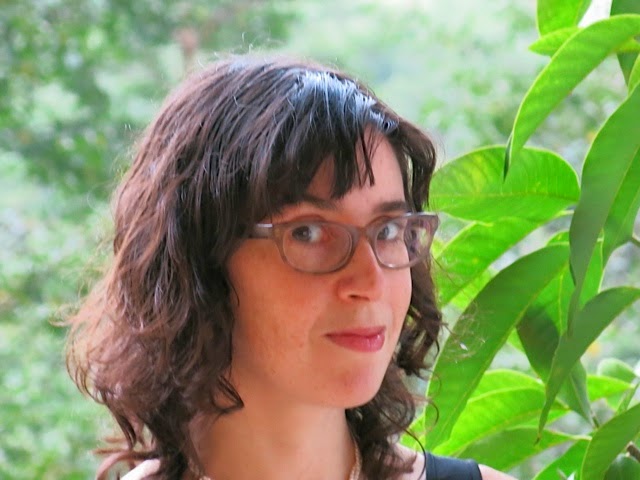 Jennifer Kronovet is the author of the poetry collection Awayward. She co-translated The Acrobat, the selected poems of Yiddish writer Celia Dropkin. Her work has appeared or is forthcoming in A Public Space, Aufgabe, Best Experimental Writing 2014 (Omnidawn), Bomb, Boston Review, Fence, the PEN Poetry Series, Privacy Policy: The Anthology of Surveillance Poetics (Black Ocean), and elsewhere. She has taught at Beijing Normal University, Columbia University, and Washington University in St. Louis. A native New Yorker, she currently lives in Guangzhou, China.