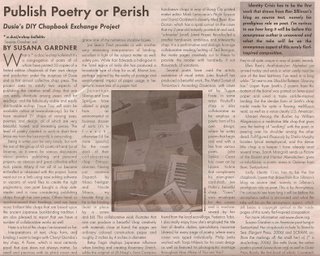 
(This was written for and originally published in BOOG CITY, issue#35, for BOOG a free poetry zine/paper produced and distributed in NYC)
Posted by DUSIE at 11:42 AM

i JUST now found this!